Written and performed by
Kat François

Kat François tells the true story of her great-grandfather's cousin, Lazarus François, a First World War soldier who in 1915 left Grenada to fight for England. Raising Lazarus takes us on a journey through stories lost and found as Kat François weaves a tale of broken hearts, memorable characters, mystery, racism and finally the ultimate sacrifice. A unique snapshot of a time in history which had all but been buried and forgotten.

KAT: "I can’t even explain it, just can’t explain it, but ever since I found out about Lazarus, felt as if something has been riding my back. It was a story that just would not let me be."

LAZARUS: "They won’t know what hit them when us Caribbean boy’s get a chance to fight. I go work hard, hard, I go be the best soldier I can be, I don’t fraid hard work, you know, no, no I don’t fraid hard work at all, all. Three more weeks to go on this boat, first ting I go do when I reach English soil, I go kiss it, put my lips to the ground and kiss it good and proper." 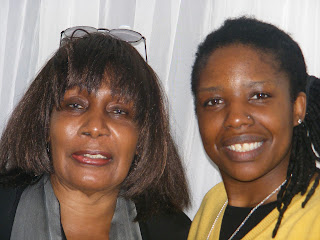 
NURSE BURTON: "Never seen a black person before I came here to work. Heard about them, read about them, even seen pictures, but never seen one in the flesh, and here I am with hundreds of them." 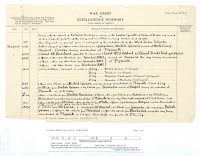 DUESUE: "We don't even married yet, Laza and you leaving me to go to the army, I sick of talking, bawling and begging, if you going go, but don’t think I go be sitting around like a good little girl waiting for your no good backside to return, I not waiting at all, at all." 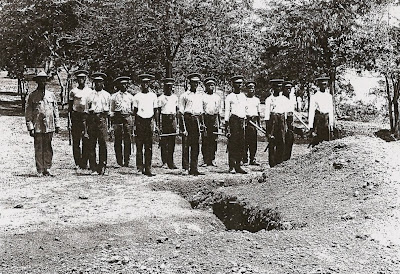 Grenadian soldiers receiving instructions in how to use pick and shovel, Grenada 1915

I'm a jolly West Indian solider,
As jolly as jolly as can.
I going to fight for England,
Across this raging sea.

But I’m still a jolly West Indian Soldier
And being a solider is the Godly thing to do,
For we need to mash up Germany
Before she mash up we,

HMT Marathon that took Lazarus from Plymouth to Egypt in 1916

KAT: “I wish I’d known about Lazarus, When old English people would say, go back to where you come from, or my grandfather didn’t fight for this country, for it to be over run by your sort.”

A soldier of the British West Indian Regiment, Egypt 1916

GRAN: "Lazarus and your great grandfaddah, my faddah was first cousin, the two of dem, both went to sign up to the army, but they only take Lazarus, dem say popha had too many dependents, guess dem right,well in the end he did have 11 children."

The Grenadian flag during World War One 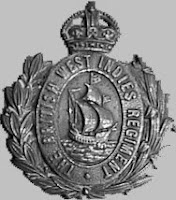 The badge of the British West Indian Regiment 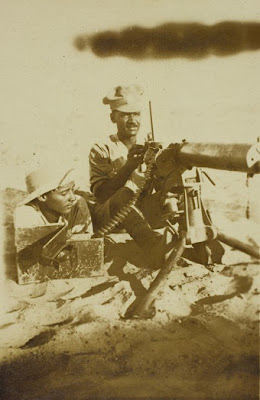 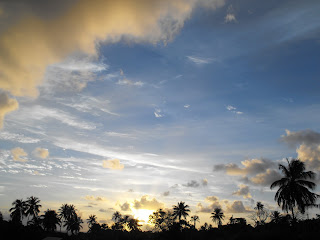